The market for technology that helps the disabled is growing, but costs remain an issue.

The on-going challenge to have assistive technology covered, or at the very least, allow as a tax deduction for people who pay out of

When Lee Huffman wants to use his personal computer, he launches a special application that

magnifies the screen, allows him to change background colors in case his eyes get tired of the bright hues, and reads whatever text is on display. This tool helps him get information online, work on his projects and carry with his daily tasks as editor for AccessWorld, a magazine of the American Foundation of the Blind (AFB) that provides technology news for the blind and visually impaired.

In his early childhood, Huffman was diagnosed with Stargardt disease, a genetic eye disorder that leads to progressive vision loss. Since then he’s been taking on the challenge of finding ways to stay active in society and aspire to a normal professional path by using assistive technology.

The special software that he uses costs around $700 and it was purchased by AFB. Other sophisticated technology tools, such as special laptops or tablets that blind or low-vision people use to function in society and aspire to full-time positions can cost thousands of dollars, but none of them are covered by health insurance, experts say, since they are not considered medical devices.

“And it’s quite expensive,” Huffman says, “as this technology alone can cost as much as your laptop.”

As the market for assistive technology – devices designed for people with disabilities – keeps expanding, disability experts say the focus now is on how costs can be lowered and who should pay for the technology. Answering those questions are key to altering the perceptions of the visually impaired from economic burden to new economic potential.

In the United States alone there are around 10 million people with a visual disability, and numbers worldwide rise to about 250 million, according to the World Health Organization. Nearly 60 percent of visually impaired non-institutionalized Americans were unemployed in 2015. The cost of technologies intended to help make the blind employable, however, seems to be a deterrent for many.

“I use a tablet with a braille keyboard and a braille display so I can get information in braille or through speech and this is about $5,500,” says Eric Duffy, director of the assistive technology team at the National Federation of the Blind. Duffy received his device through a state-funded vocational rehabilitation program that helps individuals with disabilities prepare for or regain employment.

Research shows that the assistive technology market in the U.S. for vision and reading aids will reach $34.4 billion by 2020, yet there are no clear signs that the burden of covering such costs will fall primarily on anyone else but the users.

“The way people pay for them is they put it on their credit cards and make payments,” says Huffman. “Or if you are a senior citizen, children come together to help grandparents pay for these devices.”

Experts say these solutions are generally challenging to cover through other funds, such as state-funded programs or federal programs, as it is difficult to draw the line between a required assistive tool and one that increases efficiency.

‘”These devices are not covered by insurance because they are not considered medical devices,” Duffy says. “[What I am using] is a productivity tool that allows me to do what you do in a different way.”

Yet small steps are being made.

“We do have legislation in Congress to at least provide a tax deduction for people who do have to pay for their own equipment,” Duffy says.

Aside from costs, accessibility to assistive technology equipment and technologies also is an issue.

“We find that building an accessible website, for instance, is not hard, not expensive if it’s done right,” Duffy says. “The proper coding for a website to make it accessible for the blind also makes it better for sighted users. But if you don’t build anything with accessibility in mind then it’s more expensive to go back and redo it.”

Experts say a challenge still exists to make people understand that accessibility shouldn’t be an option but a requirement that would benefit an economy. Estimating what those economic benefits across the U.S. are, however, is difficult because of wide variances in the job market and disability expenditures among the states, say officials at AFB.

“The Americans with Disabilities Act is out there but it’s hard getting people to understand what these laws require in terms of accessibility,” Duffy says. “There are people out there who say, ‘I have a website and it’s not required to be accessible.’ Well, the courts are starting to say that those websites do need to be accessible but that’s a slow path. And you need to end up in court to hopefully get a favorable ruling.”

As research shows that disabled people in America are less likely to even use technology (an estimated 23 percent report never going online compared to 8 percent of the non-disabled), experts say additional investments are needed in education and explaining why accessibility is necessary.

“A lot of it is done through public education at an individual and organizational level,” Duffy says. “Congress has been somehow hesitant to adopt legislation that would require standards for medical devices and appliances, for instance. But maybe that’s the direction we’re going to have to go. Unfortunately we have to file lawsuits or consider these options in order to get the attention of manufacturers.”

Speak with an expert 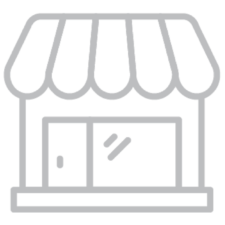 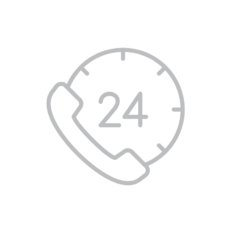 Talk with an expert!