Be My Eyes Tech Support

This information was originally published by Android Community and can be read here.

The Be My Eyes app is one of the best apps around for the visually-impaired as they can ask for help from more than 850,000 volunteers to help them with simple tasks. For those with mostly tech-support issues, there is even better news. You can now get help from the Microsoft Disability Answer Desk in the latest update to the app. It’s only available for 12 countries right now, but we’re pretty sure they’ll be adding more territories in the coming months.

If you’re not yet familiar with the Be My Eyes app, basically it lets those who are blind or those with low vision to ask help from the volunteers who signed up on the app to guide or help them with tasks like picking out the right color for clothes, finding lost items, reviewing mail, commuting in an unfamiliar place, and other tasks that people that are probably across the world or something can still help you with.

And now, there’s an added help segment for the visually-impaired, as the Microsoft Disability Answer Desk is ready to serve Be My Eyes users in 12 countries: Australia, Canada, UK, Hong Kong, Ireland, India, Malaysia, New Zealand, the Philippines, Singapore, South Africa, and the United States. The service has actually been around for a while, giving technical assistance for people with various disabilities through phone, chat, email, American Sign Language, or video.

When you update the Be My Eyes app, there is now a second button in the main screen that will route you to the Microsoft Disability Answer Desk. Users will still be connected through video but instead of getting one of the volunteers, you get a member of their technical support group.

SOURCE: Be My Eyes 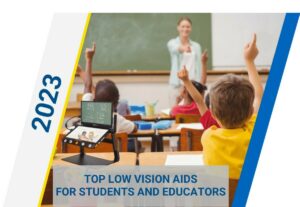 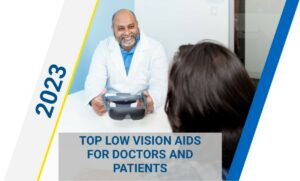 Top 10 Low Vision Aids for Doctors and their Patients

Before you leave. Get our FREE low vision guide.

Get the Free low vision guide!